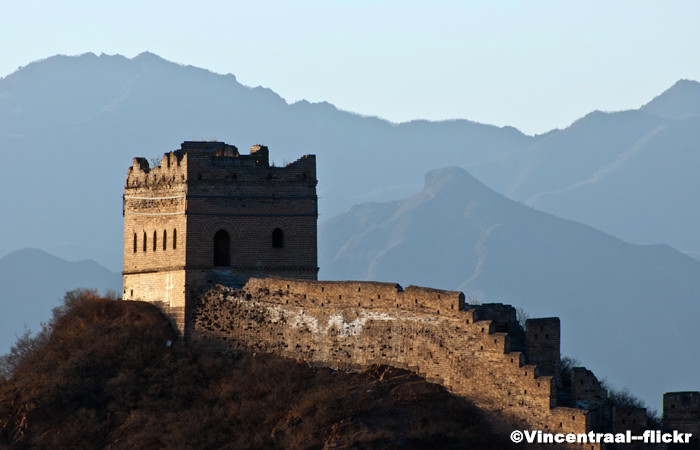 Explore the best of Beijing and Shanghai with our value saving SIC tours that do not compromise service quality! Tour Beijing’s famous attractions that include the Forbidden City, Juyongguan Great Wall and Summer Palace. Visit Shanghai’s Oriental Pearl Tower, Chenghuang Temple and The Bund.  Highlights:
ITINERARY
PRICE
Q & A(0)

Free Enquiry
Day 01 Arrive in Beijing
Detailed Itinerary: Once you arrive at Beijing Capital Airport you will be picked up and transported to your hotel to check-in. Today, you are free for your own leisure or you can take a good rest and prepare yourself for the tour tomorrow.
Meals: No Meals

Optional: Tonight you can enjoy an Acrobatic Show at your expense (95MYR/Person).

Forbidden City: The Forbidden City was built under the reign of the third Ming Emperor Yongle. The palace was designed by three architects and took 14 years to complete this extraordinary structure. Whilst creating this magnificent building, architectures took into account Feng Shui and how to harmonize buildings.
Meals: Breakfast, Lunch & Dinner

Olympic National Stadium: The Beijing Olympic Stadium is also known as the Bird’s Nest. The stadium was designed for the 2008 Beijing Olympic Games and since the end of the games it is now used as a center for international and domestic sport competitions.
Meals: Breakfast, Lunch & Dinner

Summer Palace: In 1998 the Summer Palace was listed into World Heritage Sites by UNESCO. The Summer Palace boasts the top royal garden in China with regard to scale and preservation and is recoginized long as “The Museum of Royal Gardens”.

Niujie Mosque: Niujie Mosque is the oldest and largest mosque of Beijing. Built in 996 AD during the Northern Song Dynasty, the mosque was designed by Nazruddin, who was the son of an Arabic priest who traveled to China to spread the word of Islam.
Meals: Breakfast, Lunch and Dinner

Day 05 Beijing - Shanghai
Detailed Itinerary:
Once you have finished breakfast you will head to Xiushui Market also known as the Silk Market which is located in Chaoyang District. After having lunch you will be transferred to take the high-speed train to Beijing (second class seats at your own expense). Once you arrive at the train station in Shanghai your guide will be there to pick you up and transfer you to the restaurant for dinner. After dinner you will check-in to your hotel.

After breakfast at the hotel you will visit Shanghai’s famous Chenghuang Temple Bazaar. Chenghuang Temple Bazaar is one of the best places to experience the local culture of Shanghai. The next stop for today’s tour is Xiaotaoyuan Mosque which is the largest mosque in Shanghai. Then you will make your way to the Oriental Pearl Tower for a photo stop where you have the opportunity to take photos. Lastly, you will visit A.P. Plaza where you have free time for shopping.

Optional: Tonight you have the option of taking a Night Cruise along Huangpu River (110MYR/Person).

A.P. Plaza: A.P. Plaza, also known as New Xiang Yang Market, is a large underground market under the Science and Technology Station of Metro Line 2. This tourist shopping market has a thousand shopping with collection of various things sold. A.P Plaza is a great place to shop for bargains.
Meals: Breakfast, Lunch & Dinner

This morning you will have breakfast at the hotel then set out to visit Shanghai’s iconic attraction, The Bund. The Bund is a symbol of Shanghai and is located along the scenic Huangpu River. After, take a shopping trip to Taobao City Market where there is a range of trinkets and mementos. You will then have lunch and after you finish lunch you will be transferred to the airport for your flight home.

The Bund: The Bund is home to some of the most historical buildings, it was once the location for many banks and trading houses from all over the world. To begin with the area was originally a British settlement that later developed into an international area of residency.
Taobao City Market: As one of the best and largest fake markets in Shanghai, Taobao City market has been a hot destination among foreign tourists when coming to China. Taobao City can be found at West Nanjing Road with a three floored building covering an area of 12,000 square meters.
Meals: Breakfast & Lunch

This is a Join-in Group tour, you will sharing transfer service, tour guide service and accomandation with other travelers.
* Fixed date: arrival in Beijing every Tuesday and Thursday.
* The group size is from _2_ adults up.
* Child with bed is same as adult fee. Child with no bed is 60% of adult fee.
* The price is based on twin share. If no one can share a room with you, extra cost for single supplement is needed.
* Optionals at own expense: Acrobatic Show (MYR95), Huangpu River Night Cruise (MYR110).
* Compulsory shopping stops: Jade, Crystal, Tea, Pearl and foot massage.