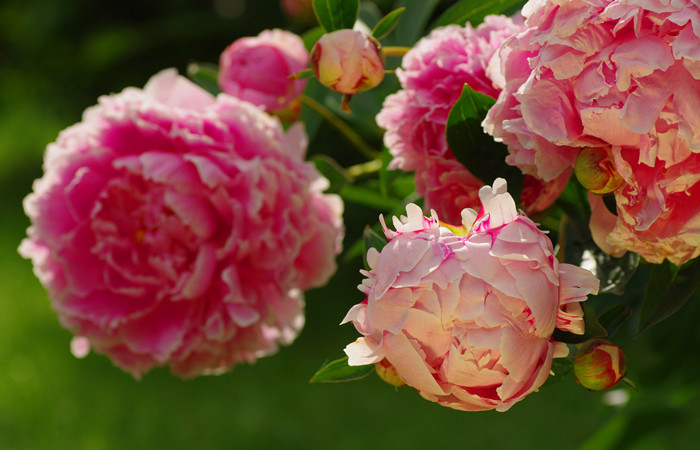 Visit the classic Beijing tourist attractions which include the famous and symbolic Tiananmen Square and Forbidden City. Also make the most of the bullet train experience and enjoy the historical Longmen Grottoes and the beautiful Luoyang National Peony Garden.  Highlights:
ITINERARY
PRICE
Q & A(0)

Free Enquiry
Day 01 Arrival in Beijing
Detailed Itinerary: You will be picked up at Beijing Airport by your tour guide and you will be transferred to your hotel where you will check-in.
Meals: No Meal

Day 02 Beijing
Detailed Itinerary:
After breakfast, your guide will transfer you to visit the first attraction Tiananmen Square. It is the largest public square in the world. Then you will be taken to the majestic Forbidden City, the best-preserved imperial palace in China and a must-see attraction in Beijing.
After lunch continue to Niujie Mosque, the largest and oldest mosque in Beijing. Later you will enjoy the popular Acrobatic Show. Once you have finished dinner you will be transferred back to the hotel.


Tiananmen Square: Tiananmen Square is the third largest city square in the world. It has great cultural significance as it was the site of several important events in Chinese history.It is the most popular beijing tour destinatioan.

The Forbidden City: The Forbidden City is 24 emperor's palace in Dynasty Ming and Qing. It is called Gu Gong in Chinese, located in the Center of Beijing. It is the ancient palace which has the largest scale, most magnificent, and best reservation in the world.You can start your china beijing tour from here.

Acrobatics Show: This is one entertainment that must not be missed by the young and old during a visit to Beijing. China has many world class acrobatic troupes practically every province and major city will have its own acrobatic troupe. Children are selected to be trained as performers from a young age. In Beijing one can see amazing acrobatics, some of which can be so demanding in timing and balancing skills it is almost considered impossible.

Day 03 Beijing
Detailed Itinerary:
Today your tour will start with Juyongguan Great Wall. As one of the closest section to Beijing city center, Juyongguan is full of historical sites and considered to be one of the three Great Passes of the Great Wall. Surrounded by mountains, Juyongguan Great Wall is featured by its surrounding beautiful views of verdant trees and blossoming flowers.
Later you will be transferred to Beijing Olympic Stadium for great photo opportunities. After dinner, our guide will transfer you back to the hotel for a good rest.

Juyongguan Great Wall: Juyongguan or Juyong Pass is a mountain pass located in the Changping District of Greater Beijing, over 50 kilometers from central Beijing. The Great Wall of China passes through, and the Cloud Platform gate was built here in 1342 CE.

Day 04 Beijing – Luoyang (Bullet Train)
Detailed Itinerary:
Once you have finished breakfast at the hotel, your guide will pick you up and transfer you to the train station where you will take the bullet train to Luoyang.
When you arrive in Luoyang you will have lunch and then visit the famous Longmen Grottoes. The grottoes are also a UNESCO World Heritage and exhibit the Tang Dynasty arts. After, you will b e transferred to Luoyang National Peony Garden where you can see the elegant Peony in full bloom and admire the beautiful garden with over 1,000 varieties of peonies.

Day 05 Luoyang - Beijing - Depart Beijing
Detailed Itinerary:
Today your tour will start with the beautiful Summer Palace, the largest and the most well-preserved royal park in China. After lunch our guide will take you to Madian Mosque. It is a famous mosque in Haidian District of Beijing. You can do prayers in this mosque. After you can do some shopping at Xiushui Market. It’s a very famous tourist shopping market in Beijing. Various kinds of products, gifts and souvenirs could be found at these markets.

* This is a private tour, only you and your family or friends will be in this tour. If you need any changes of itinerary or hotel ect., please just contact with our tour advisors, we can adjust the tour for you.
* Prices may vary according to your travel time and are higher in the high season, e.g. Labor’s Day, China National Day Holiday, and Chinese Spring Festival. * If only one person is traveling then the single room supplement is not required. If, for example, three people book a hotel, with two in one room and one in another room, the single room supplement must be paid.  * You will enjoy more discount if there is more people join the tour.